Speaking truth to power SUNSET BABY begins with the story of Nina, a strong and independent woman named after the rebellious songstress, as she is visited by her estranged father and former revolutionary in the Black liberation movement, Kenyatta. She can’t tell what he’s after, a fix to their broken relationship or the only physical items of value she ties to her mother – a collection of love letters written by her infamous parents. As the lives of father and daughter begin to intertwine, old wounds are revealed, generational differences exposed, and smoldering truths laid bare. Morisseau’s SUNSET BABY is an energetic and vibrant narrative of the duality and intersectionality of family, legacy, and liberation.  Run time – 90 minutes 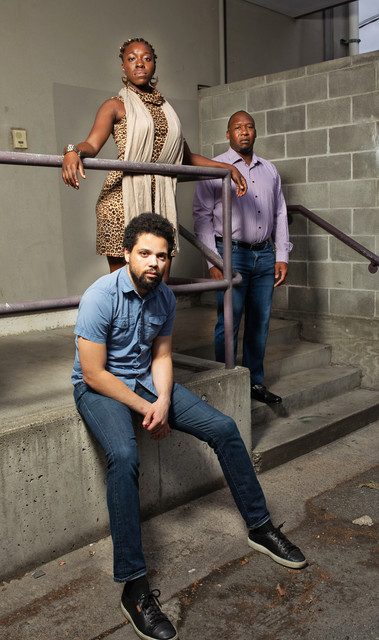 “[A] smart and bracing new play about two generations of urban outlaws struggling to stay afloat in the lower depths…[Sunset Baby] covers vast acres of social and political ground.” – The New York Times

“…smart, entertaining and moving…while asking penetrating questions about the nature of liberation. Is it possible to be a good revolutionary and a good parent? Why are the gains made by one generation so often casually thrown away by the next? And what are the things we do for love?” – The Guardian

Note: this production features the use of water-based haze.

“[Huertas’s] songs liven up the action…His talent for choruses and his humor shine.” – The Stranger

Presented in the round!

Alarmed by his grisly writings, a professor invites a troubled student to her office to shed light on – and build a bridge across – the dark clouds that surround him. As the clock ticks down and tensions rise, she learns that notions of “good” and “bad” are dangerous illusions. A stirring call for empathy and a bold experiment in form, this searing play tackles thorny issues of gun violence, immigration, and “the other” to reveal our essential, human need for connection.

…vital, honest, and valuable. …Office Hour is interested not only in the question of gun violence, but in the painful, isolating struggle faced by the children of immigrant parents in this country.” —NY Magazine

“…[an] urgent and sensitive drama… tense and extremely well thought out… What is so gripping about the play…is the ever-present fear of horrific violence that permeates the space, even as sympathy grows for Dennis. …Cho effectively calls for compassion and outreach from a society that commonly creates violent loners out of troubled children.” —Broadway World

Next in the Season: The Last World Octopus Wresting Champion >

At a weekend bed & breakfast, the shadow of infidelity hangs over a young couple struggling to rebuild their relationship – when the elderly owner shares her own memories, ghosts real and imagined arrive to haunt the living. Blending keen realism with the eerily supernatural, this quiet tale from a Pulitzer Prize-winning playwright is unafraid to seek beauty in one of the most startling places: the solitude of human experience.

“Annie Baker’s John is so good on so many levels that it casts a unique and brilliant light.” – The New Yorker

“Baker does not merely tell a scary story. She shows them, piling up like ghosts of amputated limbs from the war wounded, and makes them riveting, unpredictable, altogether human theater.” – Newsday

Next in the Season: Office Hour >