Mi Kang and Sean Lally star as Jenny and Elias in the ArtsWest production of Annie Baker’s John. We sat down with them to discuss their characters and this singular piece of theatre. 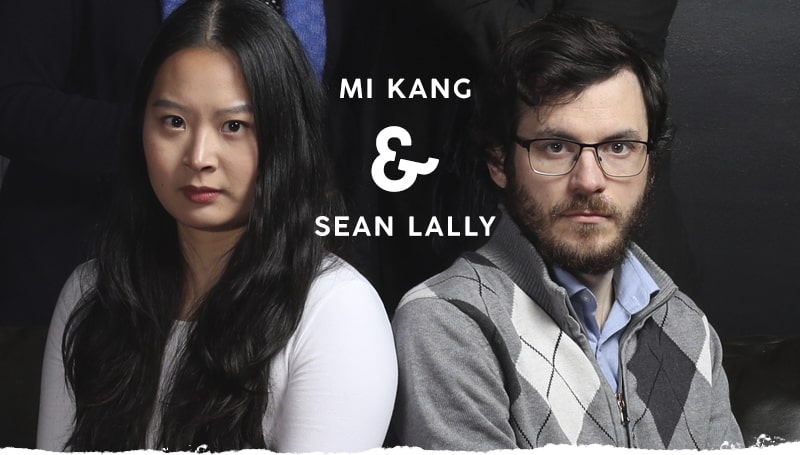 ArtsWest: Tell us about Jenny and Elias.

Mi Kang: Jenny is part of the Jenny-Elias relationship. She tries to put her best foot forward. I think she cares a lot about those around her and how they’re feeling and what they’re thinking but you’re seeing her in a definite pressure cooker situation in this play.

Sean Lally: Yeah, it’s a great word for it. It’s very much a pressure cooker. Elias is also in this pressure cooker – I’ve said this before like a broken record, but he’s deeply wounded in many ways, in ways that aren’t even named in the play and that are kind of alluded to, generally. And he’s deeply divided himself. He’s searching for something but he’s divided between two opposite poles. He’s in a relationship that he’s not sure he should be in. He’s also ambivalent about things like God – this word comes up, the “Watcher” spirituality. So, yeah – he’s a man of contradictions.

AW: What was your first reaction when you two read this play?

MK: [Laughs] Can I be honest? I was very uncomfortable after I first read it, just because of the conversations in in the script – I felt like they were conversations people outside are never supposed to hear. Right? So it’s private conversations that you’re listening in on, and I was like, “Why would people see this? Why would Andy Baker write this play in this way?” [Laughs] But after reading it more, it’s so much more than the surface level discomfort.

SL: Yeah, I was like struck – because I read it immediately as a person who is potentially going to act this role, which is different than just sitting down and reading a play – I was just struck by the sparseness on the page. I was like, there’s nothing. There aren’t very many words on these pages and yet by the end you feel like so much has happened. And so it’s at the same time sparse and really dense. And in that way very complex, and also scary.

AW: We should touch on that: scary, creepy, strange. People use those words to describe this play. How do you think it applies?

MK: It’s the idea of having all these inanimate objects watching you the entire time, and also having that be the audience, in a way, just watching you – it’s the idea of being watched when you don’t think you are being watched is pretty creepy, I think. The fear – at least for Jenny – the scary part comes from her relationship with Elias, and it’s also manifesting in all her insecurities that she’s had since she was a little kid, and somehow all of that coming out in this bed and breakfast in these two or three days. So that’s kind of scary. 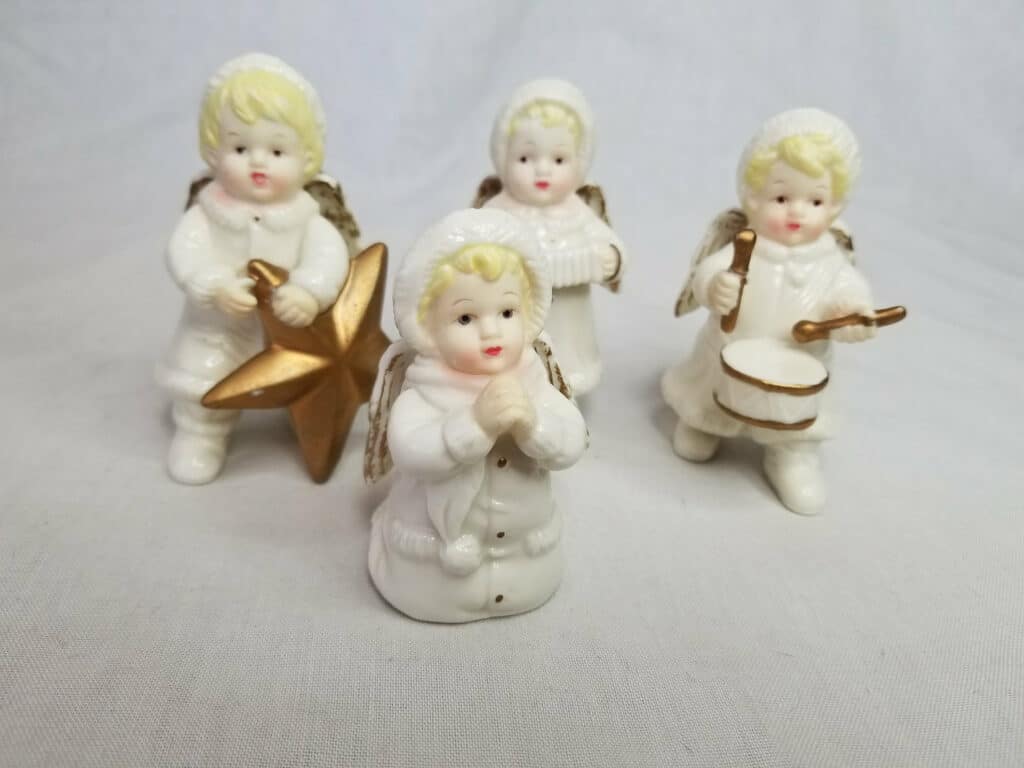 SL: Yeah, it’s because it’s scary in different ways. It’s scary in a, I don’t know, horror-movie way in the sense that, yeah, you are in this play, and when you’re reading it on the page, you get the sense that something is going on: for example, the play might say, “Elias notices a painting and is troubled by it” – and that’s scary. Even though the play never shows that the painting is a ghost. That was really smart. So it creates this aura of, like, “is it haunted?” As you’re reading it, you don’t know by the end. And that’s scarier somehow.

SL: And then it’s scary in this way that it’s like, there’s this thing that’s been repressed now being released during the course of this play. It’s just scary to watch it scare to be a part of. It’s going to be a lot of fun for audiences. [Laughs]

AW: What was your familiarity, if any, with the playwright Annie Baker? What’s your like take on her now after having read at least this work, if not others?

MK: I saw a few different productions of The Aliens and I read Circle Mirror Transformation. But other than that, I haven’t read any of her other stuff. Now that we’ve worked had a few weeks of rehearsal and are more familiar with this script, it’s like what Sean said earlier – it’s super complex. The words themselves are very conversational and very modern. But underneath that, there’s so much. There’s so many different threads that weave in and out of the play that it’s – it’s kind of amazing that she’s been able to write this story in a clear way, but also add that much depth into it.

SL: I had come across Annie Baker – I think the first time the play The Aliens, they were doing it in Philadelphia and I loved it and I was really struck by – and this isn’t new, everybody says this about Annie Baker – the breath and her plays, and how paradoxically exciting that was. It made me really want to do that. I was like, that looks like something I want to do as an actor. I want to get up there and own a minute long pause. I don’t know what that’s exciting. And with this play, it’s like: here, you’re looking conversations you shouldn’t be seeing.

SL: And even though The Aliens is somewhat like that, this feels even more like you’re looking through a pinhole in the wall. It feels like it’s a kind of violence in this play. That doesn’t exist in The Aliens. 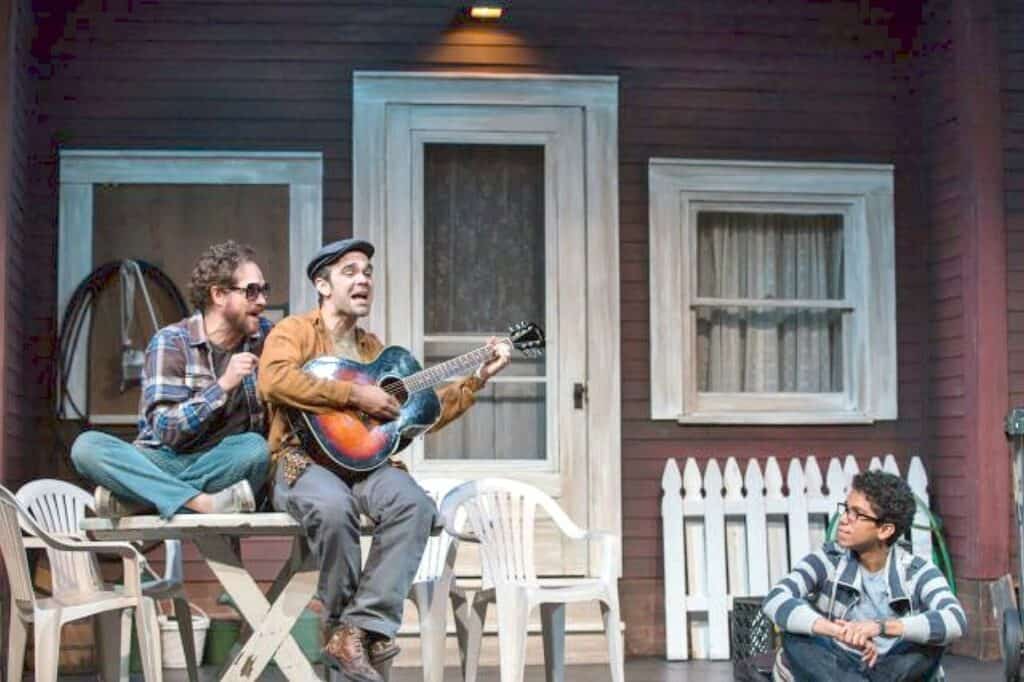 MK: Yeah. I mean The Aliens, they’re outside, right? So there’s a level of them being uncensored, of being aware that they’re outside and potentially, yes, everybody else can hear them. Whereas this play is ina bed and breakfast – many scenes take place in the middle of the night where no one’s really supposed to be watching or hearing.

SL: That’s right on. The space. The space is totally different.

AW: What are you most excited for people to see?

MK: I’m really excited to hear what people think about the story. I just want to get their feedback on what they think is important and the connections that they make in the different threads. Because we’ve been talking a lot about everything– the dramaturgy on the show is insane. So I’m excited to see what audiences take away in terms of the unsaid, or the barely talked about.

SL: I agree. I think that that’s a huge aspect. I mean, what are people going to come away with? Because there’s so many possibilities. How is the ending of this play going to linger for them? Are people going to have very concrete ideas about you know about what they think means? I’d be curious to know if they do, because I’d like to hear that. I’m also just curious myself getting into the space – and what I imagined space to be in my head, and what it is reality – and I’m curious to see what it does to an audience. The space is treated in a very particular way at a certain point during the play. And I’m curious to see how people respond to that, and what that does to their experience of this play.  I can’t give it away.

AW: What do feel are the thematic currents running in this play?

SL: Yeah.[Pause] This play is about so much. [Laughs]

MK: Yeah! [Laughs] It’s about, like, a million things.

SL: I love what Suzy [Hunt] said – a big idea, but the way she put it so succinctly: not a feminist play, but dealing with feminist issues. I just want to say I agree with that because that was nice. [Pause] I know what it is, but I can’t put words to it. To sort of sort of riff with you [Mi Kang] a little bit: It’s about relationships. It’s about a very particular relationship that has resonance is beyond that particularity. It about desperate attempt to link up with somebody, even if that is impossible.

SL: Yeah. I’m also thinking about the doll – how important the way that you relate to the doll is, and how it informs so much about how we relate to one another. So it’s also about what happens in relationships when we start projecting our own fears and insecurities onto other people.

SL: Yeah. It’s two people with a lot of baggage and projecting that onto each other. There’s a doll and a play and they both become a kind of doll for each other. Where it’s like: even if Elias is an angry, maybe Jenny thinks he’s angry.

SL: But, you know, sadly super familiar because we project on each other all the time. [Laughs] It’s a riot this play. Just come see it. [Both laugh]